The Inalienable Right to Privacy Extends to Bathroom Harassment 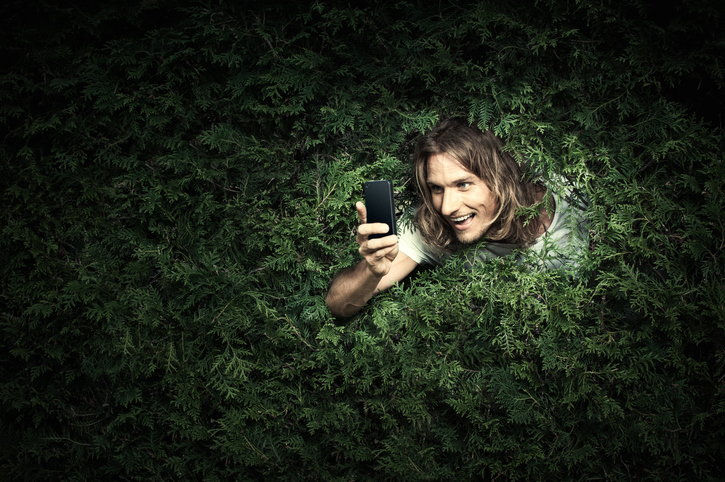 The Inalienable Right to Privacy Extends to Bathroom Harassment

The Federal Constitution recognizes the right to privacy in the First, Fourth, Fifth, and Fourteenth Amendment. Similarly, the California Constitution recognizes the right to privacy as an inalienable right under Article 1, §1. The California Constitutional Right to Privacy protects victims against other individuals and private companies, not just against state and federal government entities.  To have a cause of action, victims must prove that there is “an existence of a legally protected interest,” and “a reasonable expectation of privacy is an objective entitlement founded on broadly based and widely accepted community norms.” In other words, it depends on whether a reasonable person would find the invasion of privacy objectionable or offensive.

If, for example, protestors unreasonably intrude, shadow, or trail a politician in a frightening and evasive manner, they may have then infringed upon the politician’s constitutional rights to privacy. That is case with Arizona Senator Kyrsten Sinema, where protestors followed her into the women’s bathroom, recorded the whole interaction, and uploaded the video on social media.

Naturally, the harassment that Senator Sinema endured was horrifying and should not happen to anyone. The specific legal rights and consequences of the parties involved the Sinema incident are outside the scope of the blog—as this occurred in Arizona. Instead, we evaluate the consequences in terms of California law, and what if this had happened here.

From a criminal standpoint, violators might be imprisoned in county jail not exceeding 1 year, or a fine not exceeding $2,000, or both. Specifically, P.C. §647(j)(1) is the relevant subsection, which states, in pertinent part:

A person who looks through a . . . camera, motion picture camera, camcorder, mobile phone, electronic device . . . the interior of a [] bathroom, or the interior of another other area in which the occupant has a reasonable expectation of privacy, with the intent to invade the privacy of a person or persons inside.

From a civil standpoint, victims may pursue “public disclosure of private facts” and/or “false light” causes of action. To succeed in the “public disclosure of private facts” cause of action, the victim must prove: “(1) public disclosure (2) of a private fact (3) that would be offensive and objectionable to the reasonable person and (4) is not of legitimate public concern.” Jackson v. Mayweather (2017) 10 Cal.App.5th 1240, 1256. To succeed in a “false light” cause of action, the victim must prove that the false light would be “highly offensive to a reasonable person, and where the defendant knew or acted in reckless disregard as to the falsity of the publicized matter and the false light in which the plaintiff would be placed.” Id. at 1264.

A case similar to the Senema incident appeared in front of the California 4th Appellate Court, and it clearly held that recording and publishing an individual is punishable as a matter of law. In the case In re M.H. (2016) 1 Cal.App.5th 699, 704, M.H., a junior in high school, recorded a 10-second video of Matthew, a freshman, making provocative sounds and gestures in a bathroom stall. M.H. then uploaded the video on his Snapchat story.  Soon after, Matthew committed suicide, and M.H. was charged for uploading the video.

In its decision, the court explained that “[t]he bathroom, including a public bathroom stall, is perhaps the epitome of a private place. . . [, and] persons in a public toilet may reasonably expect they are not being secretly watched.” In fact, “‘[t]he expectation of privacy a person has when he enters a restroom is reasonable and is not diminished or destroyed.” And “the reasonable expectation of privacy in a public bathroom stall exists ‘even if the interior of the stall might have been open to view from areas accessible to the public.’”

The court further explained that there are degrees and nuances to expectations of privacy. “The possibility of being seen or overheard by others in the bathroom does not render unreasonable a [person’s] expectation that [the] conduct in a bathroom stall will not be secretly recorded and uploaded to social media.” Assuredly, “privacy is not a binary, all-or-nothing characteristic. . .: the fact that privacy one expects in a given setting is not complete and absolute does not render the expectation unreasonable as a matter of law.”

In the end, even if victims “intended a limited number of people to hear and partially see [them] in the bathroom, [they] did not waive or forgo the right to expect [they] would not be secretly recorded in a video distributed over social media.” Stated otherwise, the mere fact that a person can be seen by someone does not automatically mean that he or she can legally be forced to be subject to being seen by everyone.

What In re M.H. illustrate is that regardless of gender, age, or status, one should never expect one’s right to privacy be violated by any individual. The fact that one may be seen or heard while in the bathrooms or anywhere with an expectation to privacy is a far cry from having one’s conduct to be electronically recorded and broadcasted on social media.

Check out our App!