SB 863: Limitations On Recovery For Psychiatric Disorders Arising Out Of Compensable Physical Injuries 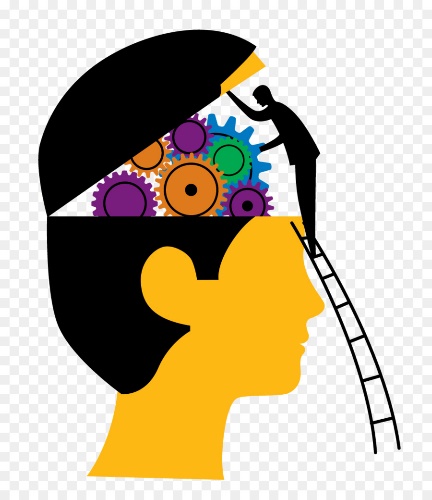 Workers’ Compensation is an ever-changing area of law that affects the lives of millions of working and retired Californians. Legislators keep pushing for amendments to the Labor Code to offset the cost of care for injured workers and provide more funding for temporary and permanent disability benefits. Unfortunately, the road to hell is paved with good intentions and SB 863 is no exception to folk wisdom.

SB 863 was signed into law by Governor Brown on September 19, 2012. Among other objectives, the bill aimed to eliminate bias in physician’s referrals for medical goods, services, and treatments, to establish a $120,000,000 return-to-work program for qualified injured workers, and to improve dispute resolution procedures in cases where injured workers seek to add psychiatric impairment to their compensable physical injuries. While the first two objectives seem to improve an outcome for some injured workers, the third one continues to create issues for injured workers and Workers’ Compensation judges. The turmoil caused by enactment of Labor Code §4660.1 that created a new approach to permanent impairment rating for psychiatric disorders is far from settled almost a decade after the passage of SB 863.

Labor Code §§4660.1(c)(1) and (c)(2) provide that there will be no increase in impairment rating for an injured worker if he experiences sleep dysfunction, sexual dysfunction, or psychiatric disorder arising out of a compensable physical injury unless the compensable psychiatric injury resulted from “being a victim of a violent act or direct expose to a significant violent act within the meaning of Section 3208.3” or “a catastrophic injury, including but not limited to, loss of limb, paralysis, severe burns, or severe head injury.” Section 4660.1(c) does not prevent an injured employee from getting treatment or temporary disability for a psychiatric disorder nor does it apply to psychiatric injury that is directly caused by event of employment. However, §4660.1 bars an increase of permanent impairment rating when a psychiatric injury is a compensable consequence of a physical injury that occurred on or after January 1, 2013, with two narrow exceptions mentioned above.

First exception outlined in §4660.1(c)(2)(A) applies if an injured worker was a victim of a violent act or was exposed to a significant violent act. Black’s law Dictionary 7th edition defines “violent act” as “an act that is characterized by either strong physical force, extreme or intense force, or an act that is vehemently or passionately threatening.” In Wilson v. State of CA Cal Fire, WCAB emphasized that “the focus in evaluating whether an injury qualifies for the exception in section 4660.1(c)(2)(A) is [] on the mechanism of injury, not on the injury itself.” In Larsen v. Securitas, WCAB panel determined that a security guard who was struck from behind by a car while doing a security walk around the parking lot sustained a compensable psychiatric injury because she was a victim of a violent act. The “violent act” exception also applied in Lopez v. General Wax when a candle maker sustained a compensable psychological injury because a part of her index finger was amputated after it got stuck in a machine. Similar to Lopez, in Sturm v. Coronado Unified School District, an employee was closing a heavy school gate when his finger was caught in a gate causing an injury that led to a partial amputation. WCAB split panel concluded that the employee was a victim of a “violent act” and further clarified that “a finding of a “violent act” is not dependent upon whether an employee’s injury is caused by an object under the employee’s own control or by an automated machine.” (LexisNexis)

Second exception listed in §4660.1(c)(2)(B) applies to workers who experienced “a catastrophic injury.” Labor Code does not provide a clear definition of what constitutes a “catastrophic injury” but gives a few examples of what should be deemed catastrophic – loss of a limb, paralysis, severe burn, or severe head injury. A leading case on the topic of “catastrophic injury” is Wilson v. State of CA Cal Fire where a firefighter suffered injuries to multiple body parts because he was exposed to fumes and smoke from fire for several hours without wearing a breathing apparatus. WCAB panel distinguished a “catastrophic injury” exception from a “violent act” exception by pointing out that “the focus in [subsection (B)] is consequently on the nature of the injury, rather than on the mechanism of injury,” and “determination of whether an injury is catastrophic under section 4660.1(c)(2)(B) will be a fact-driven inquiry.” The Appeal Panel provided a non-exhaustive list of factors that may be relevant in determine whether an injury is catastrophic. The factors include the following: the intensity and seriousness of treatment received by the employee, the ultimate outcome of the physical injury when the employee is deemed permanent and stationary, the severity and impact on the physical injury on the employee’s ability to perform activities of daily life, whether the injury is analogous to those named in the exception, and whether the physical injury is an incurable and progressive disease. In Wilson, the firefighter’s injuries were determined to be “catastrophic” because of the intensity of the treatment and the lasting impact of the injury on his life.

No workers’ compensation case is the same as there is no universal response of injured workers to the injuries they suffered. While one injured employee heals within months and is ready to be back to full duty, another one might be so physically and/or psychologically impacted by the injury that he/she would never be the same person with the same capabilities ever again. When arguing for increased impairment rating for psychiatric disorders of injured workers, we can only hope that seeing more decisions on cases involving §4660.1(c) will help set standards and reasonable expectations for injuries involving psychiatric impairments.